This project(50m Ogama) got a reputation that Old Bizen of Momoyama ears was completely resurrected.

I myself joined this project in 2001.

As explained, its first exhibition in Okayama, motherland of Bizen ceramics, achieves historical success in 2016. 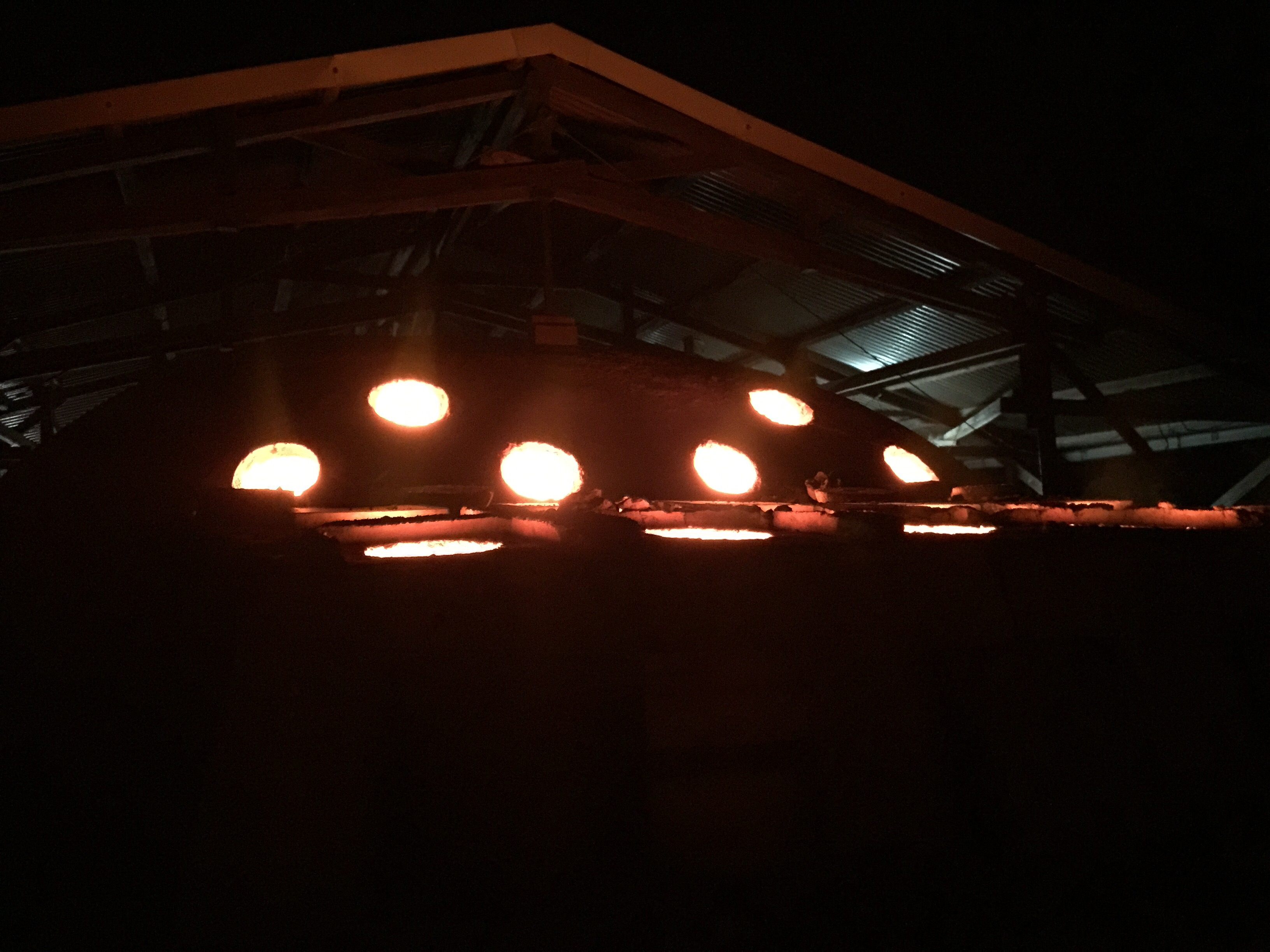 Backside of 85m Klin, about 100days passed since the beginning of burning.